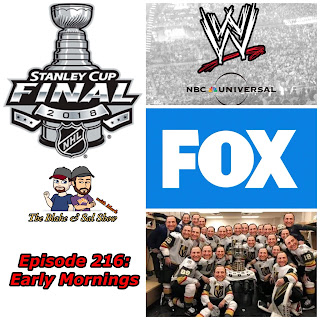 In a recording earlier in the morning than normal, the guys get back together with Mike in sleepy tow, to discuss some major topics. First they look at the WWE's pending crazy upcoming television deals and then after discussing some TV show cancellations, they break down the Stanley Cup Finals between the Vegas Golden Knights and Washington Capitals.